#HostingHappenings – Where Should a Child Call Home?

#HostingHappenings – Where Should a Child Call Home?

Of course it’s partly because the interview team, which usually consists of two people, spends 13+ hours a day either traveling to meet children, meeting children, or talking to caretakers about the children. The days are long, you’re cramped in a car or a train or a plane almost the entire time, and you’re meeting child after child, knowing in the back of your mind that you can’t help them all. You keep going because you can help one, or two, or as many as you can, and that’s what makes it easier.

Some days, though, you see the worst, and you wonder if you can make it better. 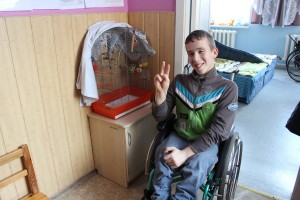 Today we met this little man, Mr. Sweet Smile, who is 14 years old and lives in an orphanage. He’s paralyzed from the waist down, but it was obvious that this is where his needs stopped. He said all the colors of the rainbow, he counted numbers, said hello, and could understand the basic questions we were asking – all in English. He told us in Latvian that he had taught himself Russian – his favorite book is The Jungle Book in Russian. His told us his dream is to work with computers, and if he could have just one gift, he want want a Lego set to build with the other children living there. His smile warmed his eyes and lit the room. 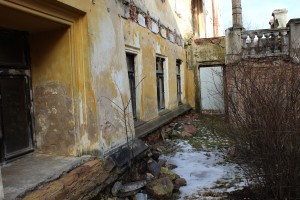 This is part of the building attached to the orphanage he’s living in. It’s a beautiful old building, one that was once used for orphaned babies. Now that it’s fallen into disrepair, children like him are put into a small corner of the building that still has the roof intact. He lives in one of the poorest parts of Latvia, and children like him are sent to live here until the age out and are sent either to live in an adult home of similar conditions or expected to adapt on their own. 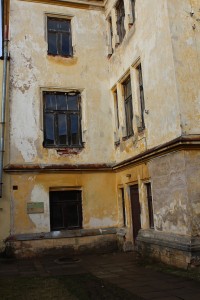 Despite this, he was a bright boy who had not only educated himself but had kept his bright attitude. He gave us a big smile and a thumbs up when we asked for a photo. He told us he loves animals, and the small bird next to him talked to him for almost the entire interview. He had a caring heart, and his caretakers told us he helps with the other children, who all wait anxiously for visitors to come to show them that they are not forgotten, that someone does care.

This is not a place a child should have to call home. Boys his age, especially those in a wheelchair, are almost impossible to place. We left knowing that the chance of finding him a family was incredibly small…but knowing that every ounce of effort to find him that family would be worth it. We want him to know that his heart and mind matter to the world, that he won’t be left behind or forgotten because of his legs, but that he will be seen, heard, and loved for the amazing child he is.

Interview trips are hard, but the rewards are great. I move forward wondering where, if, when I will find the family that this child can call home.

A note from the staff at home: If you’re interested in potentially hosting, and especially hosting an older kiddo, we’d love to hear from you! Get in touch with us to find out more by contact Shannon at shannon@gwca.org or call (512) 323-9595 ext. 3101.